William G. Marketing Comments Off on From Tazos to NFTs, from physical to digital: the evolution of marketing turning into a trillion dollar opportunity 22 Views 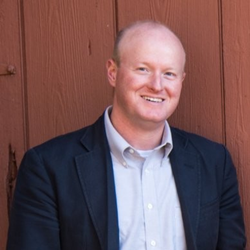 Some of you may be too young to remember Tazos and how they took over the world in the 1990s. Back in those days, kids would beg parents to buy them bags of salted crisps or of corn chips only because of them. Young boys and girls from Latin America, Europe, Asia and Africa, Eastern Europe and the Middle East were caught in the Tazo frenzy.

Unlike the collectible sports cards we’ve all heard of, Tazos were unique in that they were not only collectibles to store and keep for a lifetime, but also items that the children of the whole world were playing, even at a competitive level. The game was really simple. All players had to do was slam one Tazo onto another or a stack of others and would win the ones he was able to flip.

The Tazos are a marketing evolution of POG, which began as a playground game in Hawaii in the 1920s, according to to Grunge.

“The 1990s version of the game can be attributed to a Hawaiian teacher, Blossom Galbiso, who wanted to introduce her students to the game she played as a child.”

Firstwefeast.com wrote in 2016, it was the Hawaiian beverage company, Passion Orange Guava (POG), that brought these flat plastic or cardboard collectibles to prominence in the 1970s and worldwide in the 1990s. The Simpson Pogs are still available today and can cost close to $ 2,400, according to at Etsy.

Tazos and his trip to Latin America

Vice wrote a different story where they explain how, in 1994, Mexican marketing guru Pedro Padierna, who worked for the chips and crisps company Sabritas, came up with the idea to take the POG concept and convert it into Tazos.

“I grew up collecting football (soccer) cards,” Padierna told Vice. â€œIn America it was baseball, but in Mexico we had football, and it was part of how we all grew up. These cards usually came in chip bags, so it wasn’t a huge creative leap to imagine that another collectible could have the same success. But the question was what?

Padierna decided to brainstorm some ideas with her colleague Fabian de la Paz, who heard about the POG case study from Hawaii. The POGs had already been brought back to commercialization in the early 1990s by the Canada Games, which sparked a second craze. The company saw an opportunity to license them to other brands and Padierna and De la Paz brought them home with a Loony Tunes deal that brought POGs as Tazos onto the global marketing stage.

The evolution from physical to digital

Today, CEO and founder of Fayre Luis Carranza, who recently raised $ 3.9 million to launch his NFT marketplace, sees a new opportunity to bring marketing to the metaverse with non-fungible tokens.

â€œThe POGs and the Tazos have been a huge success and even today they are remembered and collected by many people around the world,â€ Carranza said. â€œThe evolution of the physical and tangible world of play, work, meetings and marketing is moving towards digital and towards the metaverse. The Covid-19 has accelerated this development over the past 20 months. “

Fayre is a new marketplace, which features a branded dashboard for brands to create and engage with NFT fan communities. While many others talk about building the Metaverse, Carranza and her team are bolstering a platform where the three marketing elements come together.

While many others are engrossed in the frenzy of NFTs from one angle, Carranza is looking to the future and how non-fungible tokens can help brands in the future by creating a whole new experience for their fans and customers. potentials. Fayre is in the process of creating a mobile companion app that would enable NFT engagement in retail and stadiums.

the Fayre The founder gave an example of how this is already starting to happen in the fast food industry, although it has yet to be considered by the brands of crisps and crisps that Coca-Cola owns. and Pepsi-Cola.

â€œMcDonald’s, for example, received over 100,000 retweets from a McRib message in November. Burger King has partnered with Nintengo to deliver play rewards with a children’s meal,â€ Carranza said. still be taken one step further by offering NFT collectibles that can be used in games by consumers. “

A consumer survey from GlobalData in the first quarter of 2021 supports Carranza’s theory. Over 28% of Gen Z consumers said they want brands to develop general entertainment such as games to keep them entertained.

At the beginning of August of this year, Louis Vuitton launched a game application called “Louis: The Game” to celebrate the 200th anniversary of its founder Louis Vuitton. The game will simulate the trip to Paris of its mascot – Vivienne. (The plot is based on the life of Louis Vuitton). There are 30 free NFTs as rewards that players can claim throughout the adventure.

A month earlier, Dolce & Gabbana launched a premium collection aimed at its traditional audience – its fans who are so active they want to own a digital representation of their designs.

Through gamification, brands engage users by creating distinctive emotions from creative experiences, artistry and the uniqueness of luxury fashion products in the digital environment.

Different approaches to NFT and gamification in the luxury fashion industry

Brands have demonstrated that NFT and gamification approaches and applications can be diverse and customizable to serve different strategic goals.

For example, Louis Vuitton has created its own app with a compelling storyline, a protagonist, and it rewards what customers proudly want to do. The in-game NFT is primarily for collecting rather than selling.

For Dolce & Gabbana, the target audience for the first NFT project is existing loyal customers.

In the case of Burberry, they entered the market by designing, pricing and selling Burberry NFTs on an existing trading platform.

Will digital fashion go further with NFT and gamification?

Gamification gives gamers the feeling of being “immersed” in the world of luxury fashion. It also makes it easier for brands to communicate and maintain their message and image. Meanwhile, NFT creates unique digital products that make them as valuable as limited edition luxury fashion products.

The constant release of NFT and gamification related products by fashion brands reflects an evolving fashion industry that is geared towards games and applications to interact directly with consumers.

Haute couture brands know that it is their duty to create links with their customers in order to retain them. Nurturing and developing relationships through gamification and NFT is a potential solution to emotional upliftment.

“NFTs will eventually become an indispensable marketing channel,” Anjali Kapoor wrote in a LinkedIn item entitled The Metaverse: A Paradigm Shift in Marketing. She is an international media and technology leader, and responsible for Web3 and decentralized marketing. Kapoor rightly points out that the crypto architecture will in no way replace strategic media channel marketing campaigns, but will help improve them.

â€œIf you’re an investor in a customer-centric business or an executive responsible for growing a mainstream brand, it’s impossible to ignore the demographics of the crypto culture that is shaping the future of asset consumption. digital, â€she adds.

Increasingly, users and advertisers have embraced the metaverse. If you consider how much time people spend in virtual spaces and how that has blurred the lines between the physical and virtual worlds, then you agree that NFTs combined with the metaverse is where the next big Tazo-type hit will take. place.

Hootsuite’s Q4 2021 Global Report shows that there are 5.29 billion unique mobile phone users worldwide. That’s 67% of the population. Over 4.8 billion or 61.8% of the world’s population use the Internet. Another statistic marketers should know is that 44.8% search for brands on social media.

Some statistics and figures

In the UK, people spend an average of 6.4 hours a day on the internet, Uswitch revealed. Statista released a US survey showing that 46% of people spent up to six hours, 11%, seven hours, 22%, up to four. In China, according to For SMP’s Jane Zang, mobile users spend more than six hours a day online.

Considering cell phone statistics around the world, the rise of NFTs and the global metaverse – no doubt thanks to the rebranding of Facebook from Mark Zuckerberg to Meta – it’s no wonder that Big brands such as McDonald’s, Burger King, Campbell’s, Nike and many more are diving. already in this new sphere of digital marketing.

Fayre takes the evolution one step further by making NFT and Metaverse possible in one place with a unique model that allows brands, fans and creators to purchase subscriptions that give them access to very high transaction costs. low and to a dashboard that makes it easy to navigate an otherwise complex and sometimes very abstract technological world.

In a 19 pages of November 2021 report, Estimated Grayscale:

“The Metaverse will be a trillion dollar revenue opportunity in advertising, social commerce, digital events, hardware, and developer / creator monetization.”

That remains paltry compared to the $ 14 trillion market that Web2 is today, but with the world moving so rapidly, Web3 is a market opportunity that no one can afford to underestimate because of the risk of being. disturbed is important, concluded Luis Carranza.

Presenting a summary of the most important daily stories in the world of Crypto, DeFi, NFT and more.

Get a edge in the crypto-asset market

Access more crypto and background information in each article as a paying member of CryptoSlate Edge.

Register now for $ 19 / month Discover all the benefits 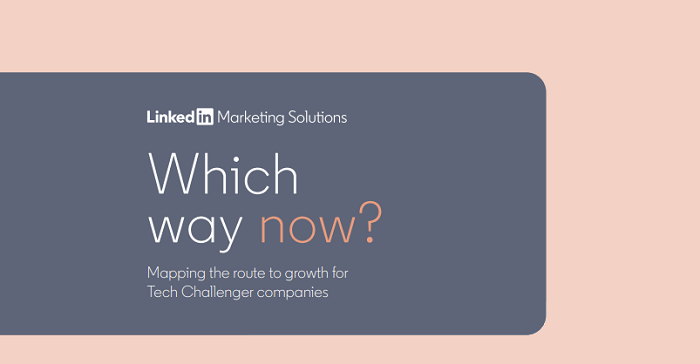